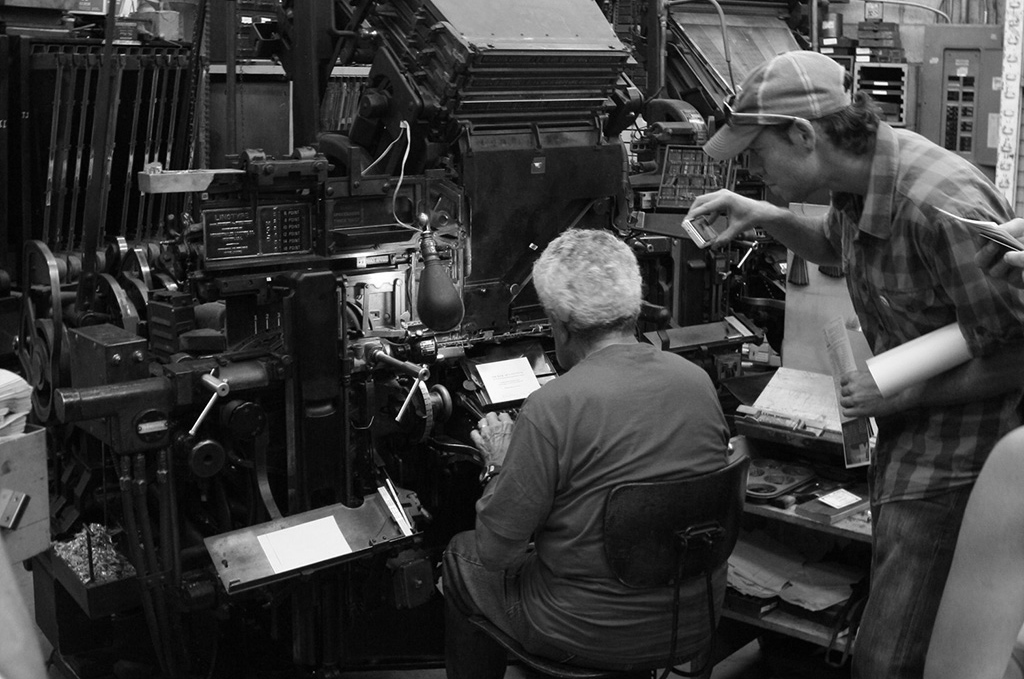 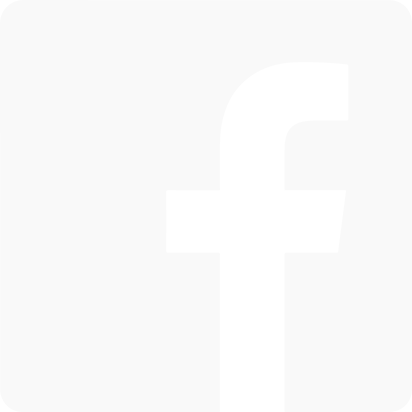 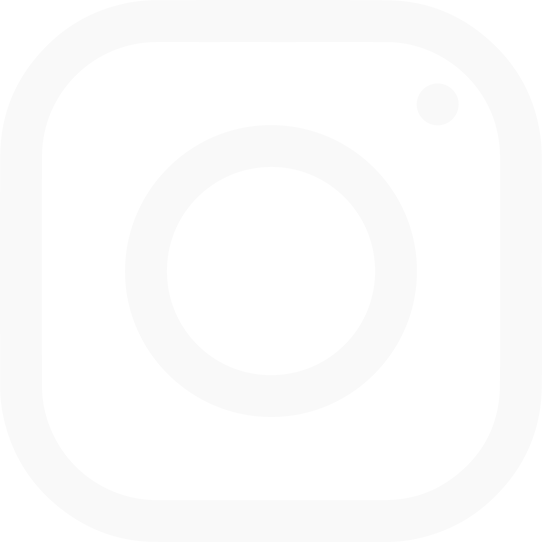 Charles Palmer dedicated 30 years of his life to the collection and maintenance of presses spanning 150 years of California printing. Let's learn a little bit about them! 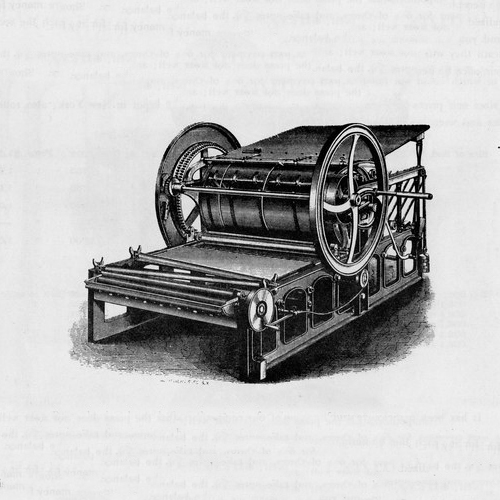 The crown jewel of the collection is the Campbell Country Cylinder Press. Built in 1890, the press has an interesting history. It was manufactured in New York, then shipped to San Francisco where it was used until the 1906 earthquake and fire.

I like printing, and believe we should preserve its tools as well as the examples of its work. When I found the material on hand was of growing historical value, I decided my hobby should become a lasting and growing exhibit, with its equipment maintained in use and not permitted to lapse into rusting idleness. I hope the collections will prove of increasing value to students of printing in the future.

The iron hand press was invented by George Clymer in 1813 in Philadelphia, Pennsylvania. It is a type of letterpress greatly favored by newspaper printers. Like wooden presses, the iron press used movable type set in a frame, along with pre-cut graphic images such as woodblocks. Eight years following Clymer's invention, fellow American Samuel Rust designed a somewhat simpler iron press which he called the Washington Hand Press. Improvements included steam power, a rotary printing surface, its ability to be dismantled for shipment. 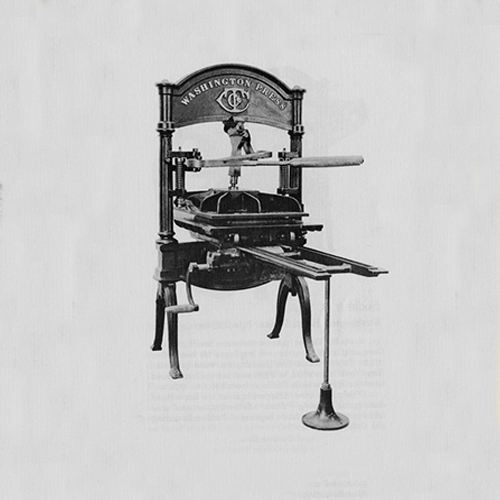 In 1884, Harrison T. Chandler and William H. Price introduced what was to become their famous jobber in Cleveland, Ohio. They manufactured machinery for printers including a series of hand-fed platen jobbing presses, as well as an automatic feeder for these presses, paper cutters, book presses, and assorted equipment. Despite dominating the industry in the 1930s, by the 1950s the offset printing industry had eclipsed the world of movable type printing, and only Chandler & Price and Brandtjen and Kluge continued to make open platen presses. 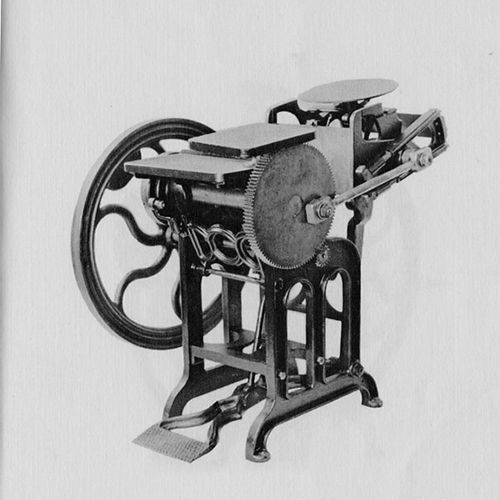 This little "jewel" was introduced around 1876. Its originator was Boston printer William Hughson Golding who started the Golding & Co. in the Fort Hill area of Boston about 1869. It was first made in two sizes. It had no throw-off or depressible grippers and two ink rollers. The Pearl is a simple clamshell type of press. The impressional force is imparted by a toggle or double lever. Golding advertisements claimed that a pressman operating it could feed better than 3000 i.p.h. This figure is probably inflated. It was also said that the platen had an extra long dwell to simplify makeready and feeding.

The Ideal Hand Cylinder Press, made by Shniedewend and Lee of Chicago, was designed to replace the familiar Washington hand press in country newspapers too small to afford a larger cylinder press. The Ideal uses a cylinder to make the impression, but has the tympan and frisket arrangement common to the hand press. Competitively priced, the Ideal gained some support amongst country printers, but it’s introduction in 1892 was a bit too late to affect the already dwindling market for the Washington hand press. 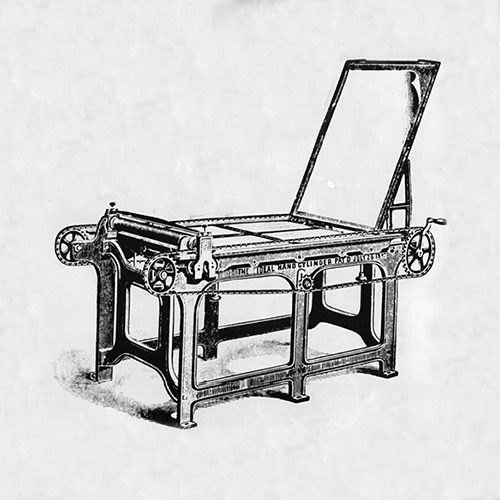 This cylinder press and other similar models were the workhorses of small weekly newspapers after 1900. It could print two pages at a time at a rate of about 700 per hour. The Campbell Press could be operated by hand by putting a handle on the small flywheel, or it could be power operated as it is today via the central belt system.

The name is a derivation from its full name, “Line of Type,” which is a literal description of the machine, itself. It is a typesetting machine by which characters are cast in type metal as a complete line rather than as individual characters as on the Monotype typesetting machine. It was patented in the United States in 1884 by Ottmar Mergenthaler. They revolutionized the newspaper industry by allowing newspapers to run longer than just a few pages, as they had before the Linotype. It also allowed newspapers to more readily distribute to the masses, thus increasing the spread of information on political and current events. 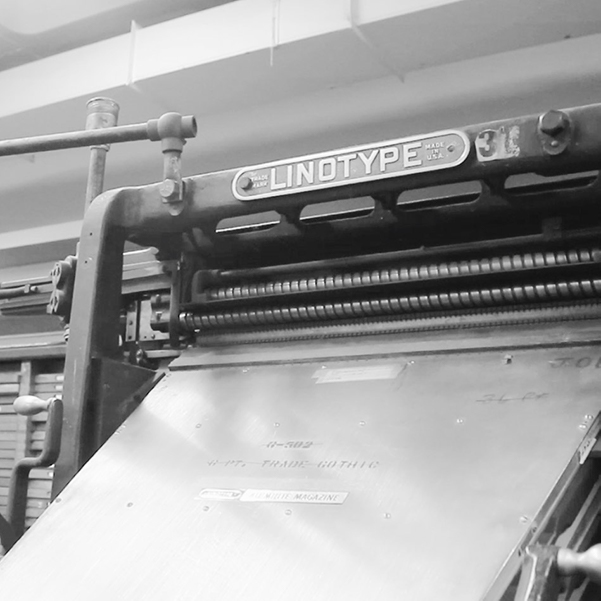 The treadle operated jobbing press is believed to have been made by the Peerless Printing Press Company of Palmyra, New York. The press bears a close resemblance to the new style Gordon press, which was brought out by Gordon in 1872, incorporating a throw-off lever and improved leverage. Surprisingly, the improved Gordon press was never as popular as the simpler old style. 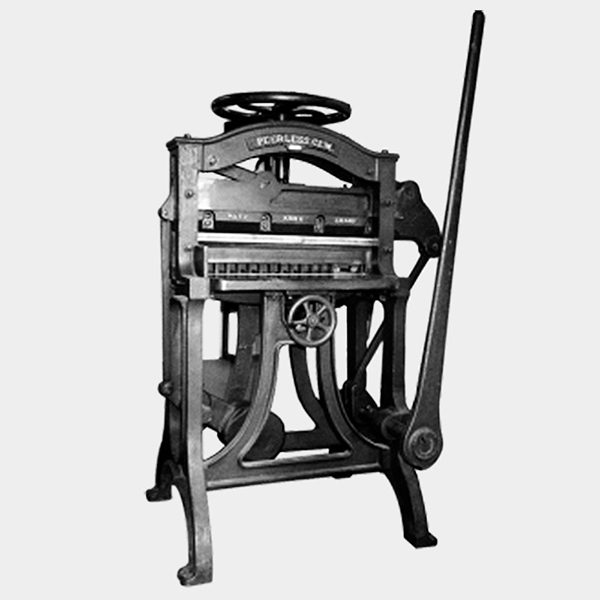